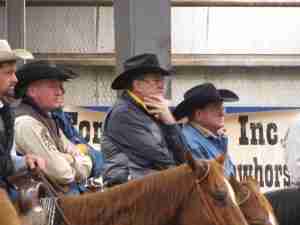 If you know Taylor, Texas, you probably think of cowboys, cotton, and corn when the small Central Texas town is mentioned. There are over 150 years of history, legends, and lore that make up the vibrant culture of Taylor, Texas. And all of those years past have given Taylor, Texas a ghost or two.

The United States is full of cities and towns with dramatic hauntings inside historic theatres and opera houses.

The Cincinnati Music Hall was built over a potter’s field. In the 1980s, workers discovered the bones of both adults and children under the foundation during upgrades to the building. The theatre’s hauntings are numerous.

The Orpheum Theatre in Memphis was built in 1890. It caught fire and was rebuilt 30 years later. The ghost who roams the theatre is rumored to be a young girl named Mary. Unfortunately, Mary tragically lost her life in a car crash in front of the theatre.

Boston, New York City, San Antonio, Portland, the list goes on and on. Haunted theatres and opera houses are scattered all over the U. S. And Taylor, Texas is no exception.

The Ghosts of the Howard Theatre

For many years, decades, in fact, Mr. James worked as the fastidious janitor for the Howard Theatre. Mr. James had integrity and was a man who took great pride in his responsibilities and doing his job well.

Mr. James would clean the theatres at the end of the night, wiping down the seats and sweeping and mopping every row. He would then remove his shoes and sox, then walk his bare feet up and down the rows of seats, making sure there was nothing sticky left on the floor.

One morning, as the manager began to open the theatre and staff were showing up for their shifts, Mr. James was found in a hallway on the second floor. During his cleaning shift, he died of a stroke in the middle of the night. The Howard Theatre felt a great loss. 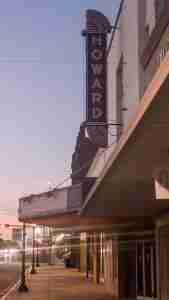 A Haunting in the Howard Theatre

Guests and employees have reported paranormal activity in the Howard Theatre for over thirty years. Disembodied voices, footsteps, and even shadow figures are experienced in different areas of the building.

The General Manager shared his story with others when a few years back, he was taken by surprise late one night in the theatre.

The GM walked into the theatre to do an after-movie check, ensuring that all of the guests had exited the building and that there weren’t any troublemakers hanging around in the dark. He entered the theatre and allowed his eyes to adjust to the darkness. Then he began to slowly walk down the aisle, looking at each row of seats.

When the GM reached the bottom of the theatre, he turned around to make his way back up to the entrance door. It was then that he saw something – someone. The dark figure was sitting in the corner seat of the back row. It appeared to be a man.

The GM prepared himself to ask this person to please leave and began to walk towards the back corner seat. The man arose gracefully. He took a second to gaze at the GM in the darkness, then turned to face the door leading to the corridor.

As he moved towards the door, the figure faded into the darkness. He was vanishing into the nothingness – Just as quietly as he had arrived.

Paranormal Activity Inside the Howard 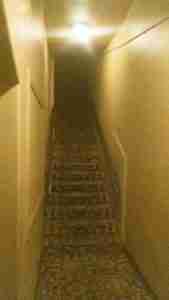 A local team of paranormal investigators visited the Howard Theatre in 2019 for an overnight investigation. They set their gear up in different areas and tried to contact whatever, or whoever it was that lurks inside the Howard.

With full spectrum cameras, K2s, Rem Pods, and an assortment of ghost hunting equipment, the team of Truly Haunted went to work. And their findings confirmed that there is indeed paranormal activity inside the Howard Theatre.

Some of their experiences included one of the investigators seeing a shadow person in the projection booth. It quickly passed through the room as the investigator watched it float past him.

The men’s restroom has the reputation of being one of the more active areas inside the Howard. Guests and employees have experienced the light turning off and back on while it’s occupied. The investigators spent some time in the restroom, curious to find what paranormal activity they would uncover.

The team went into the men’s restroom with cameras and voice recorders. They ended up getting a few EVPs. They all sounded like the same voice, and the one most clearly audible said, “My God!” with a hint of a struggle in its voice. (Mr. James?)

As the investigation progressed, their meters would flash, and EMF detectors would scream that something was disturbing the energy field around them. Who are these ghosts? Obviously, it is impossible to truly know the source of the Howard’s hauntings, as the theatre’s history is a bit fractured.

History of the Howard Theatre

Built in 1925 by Howard Bland, the original Howard Theatre was across the street where Taylor Sporting Goods is today. And where the Howard lives now was once called the Rita, also a movie theatre.

The Rita was built in 1940, well after the Howard had gone from silent films to talkies and into the gilded age of Hollywood. But the Rita was larger than the Howard and had a greater seating capacity. The Rita showed B-movies, back then that meant it showed second-run films, and the Howard showed first-run movies. But by the 1950s, the Rita was done; the Howard closed their original location and took over the Rita.

The Howard renovated the Rita by expanding into the alley, adding an additional 25’ and over 100 more seats. If you’re a paranormal enthusiast, that’s a big red flag for future hauntings!

Not long after the Howard was up and running in their fancy new theatre, it was sold to United Artists Theaters. About thirty years later, in 1990, they sold the Howard to a descendent of Howard Bland, putting it back in the family. But the family decided to sell The Howard again in 1999.

Since then, the Howard continues to show movies, sometimes first run, sometimes curated films, and hosts private events. Though we haven’s seen any showtimes listed for a while, the hope is that the doors will be open again soon and that the ghosts will be happy to have their Saturday matinee shows back. 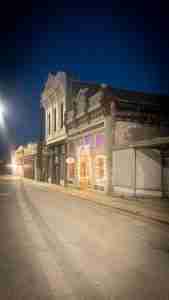 For more on the Ghosts of Taylor, Texas, join us on our Taylor Ghost Tour: Taylor’s Spirits After Dark