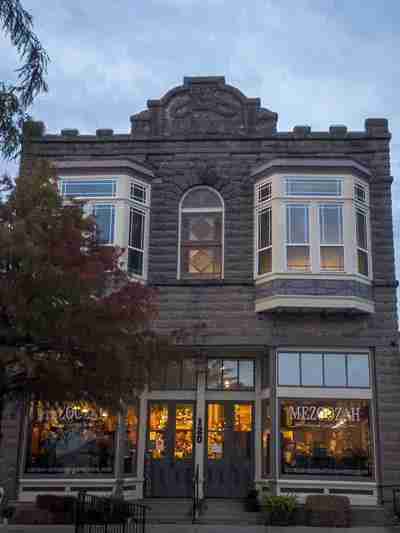 Taylor, Texas may be known for its “zest,” but the ghosts and hauntings are not to be ignored. And they’ll make sure of it. The City came together in 1876 with a large population of settlers from Germany, Bohemia (Czech Republic), and Austria, all anticipating the International & Great Northern Railroad. It was even named, Taylorsville, initially, after Edward Moses Taylor, a railroad official, then officially named, Taylor, in 1892.

Cotton was king and Taylor was pivotal in growing and moving it throughout the country, along with cattle and grain. But it wasn’t all a bed of Victorian roses for the small Central Texas town, fires and floods caused major setbacks for Taylor’s population and economic development.

In 1879, a fire destroyed 29 of the 32 businesses in Taylor. However, the people of Taylor had determination, they rebuilt what was lost and constructed many of the stonemason buildings you see still standing today, in historic downtown Taylor. By 1890, Taylor had the first savings and loan institution in Texas. And the 1920s put Taylor on the entertainment map with a world-famous wrestler and a traveling “bulldogger” who called Taylor, Texas home.

But it was the great flood of 1921 that truly tested the resilience of Taylor, Texas. Nearly 40 inches of rain fell on September 9th and 10th, 1921, flooding the San Gabriel River and Brushy Creek. 93 people lost their lives in Williamson County; Taylor was the home to 83 of them. For six months, bodies were discovered along the banks of the San Gabriel River. But Taylor only grew stronger.

Today, Taylor is growing and thriving. It still has the lovely charm of a small Central Texas town, but there is no denying the appeal. Even Samsung wants to be a part of the Taylor community and is opening a Taylor, Texas plant. But what about those ghosts? Honestly, there are too many to list. It seems everyone has a ghost story in Taylor, Texas. But who are the restless spirits still lurking in the shadows of the downtown streets and peering from the corners of local businesses and homes?

A wicked Ghost Tour with a dash of True Crime.

Spirit’s After Dark is Taylor’s premier Adults Only Ghost Tour.
Like a side of ghost to go with your cocktail? Grab an adult beverage and join Spell Caster Ghost Tours on a macabre stroll under the moon and through the haunted streets of historic Taylor, Texas. Hear the stories of Central Texas’s most notorious criminals and mysterious hauntings.

Don’t let the small-town charm of Taylor, Texas fool you; there’s some darkness in Taylor’s history. Spell Caster’s Spirits After Dark is equal parts history, hauntings, and high balls. Spell Caster will introduce you to the people who built the charming town, as well as the ghosts they left behind. Please know that some of the details in the Spirits After Dark Tour may be graphic.

The stories on the Spirits After Dark Tour are not censored, and the ghosts are ill-mannered.

Manage Cookie Consent
To provide the best experiences, we use technologies like cookies to store and/or access device information. Consenting to these technologies will allow us to process data such as browsing behavior or unique IDs on this site. Not consenting or withdrawing consent, may adversely affect certain features and functions.
Manage options Manage services Manage vendors Read more about these purposes
View preferences
{title} {title} {title}