Spell Caster Ghost Tours is a Woman-Owned and Operated Business. 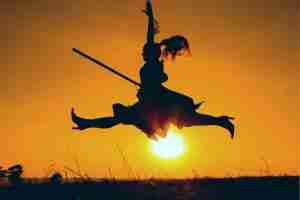 We don’t think it’s a coincidence that Women’s History Month is in the Magickal Month of March. The month for sweeping out the old in order to make room for all the goodness spring brings. The month for planting seeds and manifesting to nurture our bodies and souls. Heck, for us, March is right up there with October for celebrations and rituals.

Spell Caster celebrates the Women, past and present, who have shaken the bones of many. And for Women’s History Month, we are sharing some of the Women who defined the Female’s role in the Supernatural and Paranormal.

From Witches to the Infamous Lady Ghost Trope, these Women have shaped, and shifted!, beliefs, fears, and understandings of the unexplainable.

The Witch of Kings Cross. We don’t like to pick a favorite, it was hard enough whittling this list down to six, but ‘Roie’ holds a large piece of real estate in Spell Caster’s heart.

Rosaleen Norton was born in New Zealand, but grew up in Australia. She was an occult artist and practicing Neopagan Witch with a deep love for Pan.

Her raven hair and arched eyebrows were as striking and mesmerizing as her dark and sexual paintings. She started shaking things up in the late 1940s, and by the 1950s she found herself in a constant state of controversy. 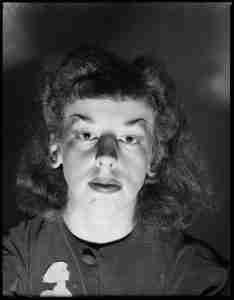 After the English composer and conductor of the Sydney Symphony, Sir Eugene Goossens, was caught with a briefcase full of naughty photos and after cops confiscated private photographs from her home, Roie was charged “engaging in unnatural sex acts.”

She stayed dedicated to her Great God Pan and lived her life authentically until her death from colon cancer in 1979. Just before she passed over, Roie continued to speak her truth, she is reported as saying, “I came into the world bravely; I’ll go out bravely.”

Bridget was the first person executed for witchcraft during the Salem Witch Trials.

Five young girls accused Bridget of bewitching them in April 1692. And according to everyone’s favorite puritanical fanatic, Cotton Mather, she was indeed up to some sorcery. She was a shape-shifting pinching Witch with a Wicked Evil Eye.

During Bridget’s trial, Mather wrote that by merely glaring at her accused, Bridget was able to strike them down. And it was only her touch that could revive them. Even Bridget’s husband claimed she had Wicked Ways and a personal relationship with the Devil. Not to mention her disappearing third nipple and never-ending fascination with poppets.

Bridget’s trial lasted eight days and ended with a guilty conviction. Bridget was hanged June 10th, 1692 and officially kicked off the festering wound in US history, The Salem Witch Trials.

Affectionately known as The Witch of Eye.

Margery’s story reads like a Middle Ages Reality Show. First arrested for sorcery in 1432, she was confined in prison at Windsor Castle.  Margery was released on the conditions that she behave herself (like a nice lady should), and that she refrain from practicing witchcraft. Margery gave her middle finger to both.

She hooked up with a couple of men who were into the mysterious and damned esoteric arts, and continued her secret client-sorceress relationship with Eleanor Cobham, wife of the Duke of Gloucester. And more drama followed.

Soon after their release, the two men were back in trouble and arrested, charged with “treasonable necromancy.” One of them threw Margery under the horse-drawn bus and blamed their magickal antics all on her. Eleanor was dragged into the mess and called out as a hottie down with astrology and an overwhelming desire to give her man an heir; she had no choice but to consult with the fringe.

After the courts listened to the claims and prosecutions, they found all four guilty and handed down their sentencing. Eleanor had to do the walk of shame through town, one of the men was hanged, drawn, and quartered for all to see, and the other man died in the Tower of London.

Marie Laveau, The Voodoo Queen, is undoubtedly the most famous witch, or maybe even person, to come out of New Orleans. 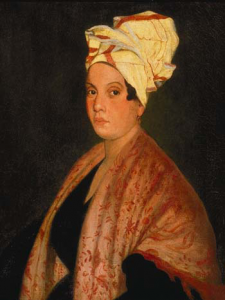 What many don’t know about Marie is that she was a giver. She gave back to her community, and her practices were full of good intentions. Known for her gris-gris bags and hair salon advice, Marie also visited the sick in hospitals, counseled and prayed with the inmates in the Old Parish Prison, as well as attended mass regularly at St. Louis Cathedral.

Her New Orleans Voodoo practice was a blend of Catholicism and the West African beliefs that were taught to her by Dr. John, the reigning Voodoo practitioner, originally from Senegal.

It’s believed that Marie had hundreds of clients who came to her for spiritual healing, herbal remedies, and fortune-telling. She was respected and revered in the New Orleans community, as not only a healer, but also a mother, grandmother, and lifelong partner to Christophe Glapion.

On June 15th, 1881, Marie Catherine Laveau Paris Glapion died peacefully in her home in the French Quarter. Since that day, people have claimed to see her ghost floating up St. Ann and heading towards Jackson Square, where St. Louis Cathedral still holds mass.

Born Violet Mary Firth to a wealthy upper-middle-class family in England, Dion is our favorite Theosophist and smarty-pantaloon.

A twentieth-century Witch, Dion published what many consider some of the most important and inspiring occult writings of the 1900s.

She went from writing poetry and making-selling soy milk products to studying psychotherapy and psychoanalysis at the University of London. She founded a magickal society and school of mysticism, the Fraternity of the Inner Light, in 1924.

Dion was a sort of bridge between faiths and beliefs. Her ritual practice in prayer and transcendence was mystical and inspiring. At the height of her influence, she is quoted as saying, “All the gods are one god, and all the goddesses are one goddess.”

Dion died of Leukemia at 55 years old. Her Society was renamed the Society of the Inner Light in 1946 and is still functioning today. Many of her books were published posthumously and are now considered doctrines in esoteric magic and mysticism.

There are so many more women that deserve to be acknowledged, remembered, and celebrated. Not just in the month dedicated to Women in History, but every day.

We encourage you to take a moment and respectfully give reverence to the women who have influenced you, taught you, and supported you in your life’s journey. Even the ones you never had the privilege to meet but have the honor of holding in your heart.