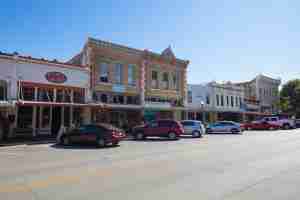 Georgetown, the quiet Central Texas town north of Austin, was rattled to its core one hot summer night in 1967 when a fifteen-year-old boy gunned down his father, mother, and sister in their home. Who was James Wolcott? Where is the gunman five decades later?

*Note: This is not a ghost story in the traditional sense, but the crime is so brutal and disturbing, don’t be surprised if it haunts you.

It was a Thursday night, August 4th, 1967; James and his sister, seventeen-year-old Libby, went to Austin with friends to see a show. They were back home in Georgetown by 10 pm, and their parents were still up, probably waiting for their kids’ safe return.

Libby and their mother, Elizabeth, headed to bed at midnight. Their father, Professor Gordon Wolcott, stayed up to continue reading in the family’s living room. James went to his bedroom, where he kept his stash of airplane glue and plastic bags for huffing. 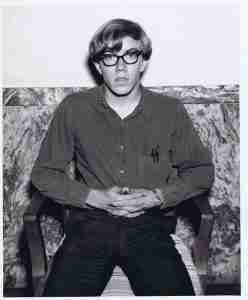 James decided he needed to give himself “a boost,” so he sniffed some glue as he loaded a .22 long-barrel rifle in preparation for the pre-meditated murders he was about to commit.

His mother heard the gunfire. She screamed from her bedroom as James walked in and fired three times, blasting her twice in the head, the third shot to her chest.

James had followed through with his plan.

He could tick the box.

But what about the consequences?

James hid the rifle, the murder weapon, in the attic crawlspace above his bedroom closet and ran out of his family’s home on College Street, towards University Avenue, one of Georgetown’s main roads. Somewhere around 1 am, he flagged down a car with three college students.

Through tears, James asked for help, someone had just shot and killed his family. The three, obviously, took James back to his home with trepidation. Was the murderer still in the house?

James sat outside, “pounding his fist on the porch,” as the college students entered the home. They were met with the lifeless bodies of Professor Gordon and young Libby, and Elizabeth in your bed, fighting for her life.

The students called the police and an ambulance, then joined James outside, waiting for them to arrive. It was later noted that none of the students felt comfortable with James; they found it hard to garner empathy for him, as he was “hysterical” and “wondering how this could happen.”

Professor Dr. Gordon Wolcott was from a prominent family in New Jersey. He took a teaching position with Southwestern University in Georgetown, Texas, and was head of the Biology Department. His wife, Elizabeth, was a well-liked woman with southern charm from South Carolina. She was active in the local Methodist church.

Elizabeth “Libby” Wolcott was a bright seventeen-year-old Georgetown High School class officer with big dreams. Her younger brother, James, had an above-average IQ, a promising musician who loved to read and found himself drawn to the anti-war movement of the time.

The Wolcott family regularly attended church services, volunteered their time, and were respected in the Georgetown community of 5,000. But there was darkness brewing in their youngest.

How could an intelligent fifteen-year-old boy from a seemingly well-adjusted family commit such a heinous act? And what do you do with him?

He explained his frustration with his family, convinced they were intentionally trying to drive him “out of his mind.” His mother’s “loud chewing,” Libby’s “bad accent,” and his father’s disapproval of his anti-Vietnam war stance; it was too much for James. And when his father forbade him to travel to Austin to attend anti-war, peace demonstrations, James felt conspired against by his family.

At the hospital, Elizabeth Wolcott’s breaths were numbered. James appeared out of sorts. Family friend and Methodist minister, Reverend Chappell requested the hospital doctors to give James a tranquilizer, to calm his nerves. Was he anxious about what he had done? Or the consequences?

James’s mother didn’t make it. When he was told the news, he replied, “Thank you.” In the meantime, the crime scene was being processed.

Still rambling that “someone” had shot and killed his parents, Texas Ranger Riddles initiated a casual chat with James. He asked James about his relationship with his father and the things they did together. Ranger Riddles calmly asked, “Did you kill your parents, son?” James replied, “Yes, sir.”

Details were not spared. James went over the events of the evening with law enforcement. Describing each of the shootings, James expressed hatred for his family, his parents in particular. This was his motive. And soon they would discover it was premeditated.

James was read his Miranda Rights and told them he did not want an attorney, he would cooperate. He showed the investigators where he hid the murder weapon, the rifle, in the attic. And then he was placed in Williamson County Jail until his trial. 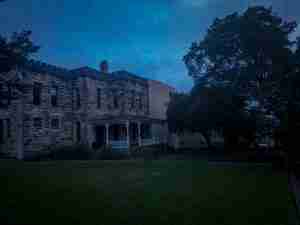 Three days after he was locked up in the County Jail, The First Methodist Church held the funerals for his family. Sheriff Matysek gave consent for James to attend his family’s services, but James declined, “for all concerned, it is best that I don’t attend.” Instead, on that day, James wrote a letter to the organizers of a peace rally apologizing if his situation has caused them any problems:

Now I am in jail on 3 counts of murder and will probably be going to the state hospital soon. I write to apologize to all members of the Peace Movement for my actions and for any unfavorable publicity I have given the movement. I had nothing to do directly with that publicity and sincerely regret it.

It would appear that James was psychic, predicting his move to the state hospital three days after his arrest and months before his verdict.

In October 1967, the trial for the murder of Professor Gordon Wolcott began. The court determined that James, now sixteen-years-old, was competent to stand trial as an adult. The first minor to be tried as an adult in Georgetown. (I wonder if he predicted that, too.)

His attorney was Will Kelly McClain. Mr. McClain’s wife was a friend and colleague of Professor Wolcott’s at Southwestern University. The citizens of Georgetown wanting James to pay and Mr. McClain’s decision to represent him was baffling.

Before long, James admitted that his decision to kill his family was made a week prior to the murders. He had spent the night before planning how he would execute his plan of psychopathic brutality.

Court-appointed psychiatrists, the defense, and even the prosecution all testified that James was paranoid and delusional at the time of the murders, alluding to schizophrenia. They also testified that he showed no remorse and had a history of suicidal thoughts prior to murdering his family. His glue-sniffing was self-medicating for his lack of confidence. 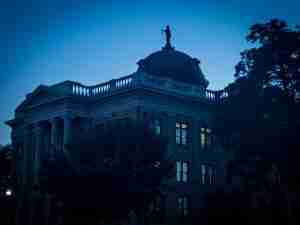 The jury declared James not guilty by reason of insanity. James smiled in the courtroom when the verdict was read.

On February 2, 1968, James Wolcott was sent to Rusk State Hospital in Nacagdoches, Texas, to be released when he “became sane.” It is rumored that at Rusk, one of the psychiatrists took a liking to James and invited him to live in his home with his family. Unfortunately, medical records have since been destroyed.

How Long Does it Take to Become Sane?

In 1974, a jury deliberated for ten minutes and honored the request from the Rusk Hospital administrator, after six years in psychiatric care, James Wolcott was released. The professionals at Rusk declared James no was longer a paranoid schizophrenic. He had “become sane.”

During his six-year journey to sanity, James Wolcott achieved quite a bit. In 1970, Rusk State Hospital introduced a student practicum program with Stephen F. Austin University. In 1976, two years after his release, James received a Bachelor’s Degree from Stephen F. Austin.

Where is James Wolcott Now?

He is no longer James Wolcott. 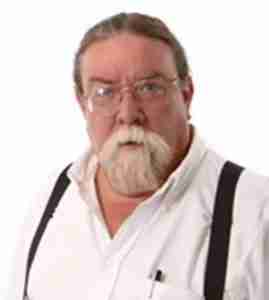 After his time in Rusk, James applied to the Nacagdoches Municipal Court to legally change his name to James David St. James.

Then James received a monthly stipend from his father’s pension fund and was awarded the balance of his family’s estate. And continued his studies receiving a Master’s Degree and Ph.D. in 1988 from the University of Illinois.

Dr. James St. James is now a professor, like his father, at Milikin University in Decatur, Illinois, and department chair in the Behavioral Sciences Department. And as a tenured professor, Dr. St. James continues to research, study, and write in his field of study.

Like any good professor, research data is the foundation of his studies. He has designed and written his own programs for housing data since the 1980s, “because no one else writes effective programs.” I guess if you want it done right, do it yourself.

When his identity was exposed in 2013, thoughts, opinions, and concerns were screamed across social media platforms. Should he be fired? Did he serve his time? Students, parents, and complete strangers were perplexed and opinionated.

Word salad aside, the facts and the path of James St. James are nothing short of interesting. And the tragic heinous ending that the Wolcott family was delivered should never be forgotten.

To hear more about some of Georgetown’s darkest secrets, join us on our Ghosts of Old Georgetown Tour.