If you’re from Texas, you know your roots run deep.

And so do your family secrets.

On March 6, 1912, at 9:20 AM, Joseph Tyre (J.T.) Sneed was shot and killed in front of the Georgetown Post Office (now Gumbo’s Restaurant). His assassin then turned the gun on himself and committed suicide just a few steps away from his victim’s lifeless body.

At the turn of the Century, Lenora (Lena) Snyder, Beal Sneed, and Al Boyce, Jr. were classmates at Southwestern University in Georgetown, Texas. Al was born in Round Rock, and both young men came from successful and well-to-do families. Lena was a pretty girl who pulled at both of their heartstrings.

Beal was the only one to complete studies at Southwestern University and then headed to Austin for UT Law School. Al won Lena over while Beal was away reading legalese. But when Al moved to Amarillo, where his father managed the world’s largest cattle ranch, the XIT Ranch, Lena fell into Beal’s arms.

Beal and Lena got married and started a family; they had two daughters. Not long after the girls were out of diapers, the young Sneed family moved to Amarillo for Beal’s work.

Beal traveled for his job, leaving Lena alone with their daughters and just a few houses down from Al. The familiar sparks began to fly once again between the college sweethearts. Lena and Al hadn’t lost that lovin’ feeling.

Lena and Al started writing love letters to one another, and the next thing they knew, their passions were taking over. They began a clandestine affair. Finally, one evening when Beal returned from a work trip, Lena confessed her love for Al.


Some stories say Beal found the letters; others say Lena came clean and asked for a divorce. It doesn’t really matter which one you choose to believe, the horrific outcome is the same.

Beal became enraged, pulled out his revolver, and held it to Lena’s head. One of their young daughters walked into their bedroom; her father was seconds away from making her an orphan. Finally, Beal gathered his senses and left the house. But he would return with what every husband deemed a totally acceptable solution. 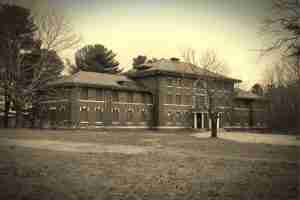 After twelve years of marriage and two children, Beal had Lena admitted into the Arlington Heights Sanitarium in Fort Worth for “moral insanity” in October of 1911. That’s right, she told him she was in love with someone else, and he had her committed.

Beal told Lena he “had taken pity on her.” He continued his gaslighting by adding that she must be “out of her mind” to want a divorce. They were going to get her head straight… What a gent.

Lena was locked up, but Beal forgot to have them confiscate her pen and paper. So she continued writing to Al. Finally, after about three weeks in the sanitarium, she wrote, “for God’s sake, come and take me out of this place.”

Al went to the bank, withdrew all of his cash, which was $101,000.00 (that’s “a whole lot” translated to today’s currency), and headed to Arlington to bust his dame out of the straightjacket. When Al arrived, he paid off the nurse and whisked Lena off to the oh so romantic Winnipeg, Canada.

Authorities caught up with them, and Al was arrested and sent back to Texas. Lena was handed over to her father, Tom Snyder, and into her husband’s caring and capable hands. “White slavery” charges were filed against Al.

Nobody Puts Beal in a Corner

Beal was pissed. And he wanted to punish his wife for her infidelity. So, he took her back to Fort Worth to finish out her “morally insane” sentence at the sanitarium.

When the Fort Worth courts dismissed the abduction case against Al Boyce, Jr., Beal came unglued. He was certain that Al’s father had something to do with breaking up his home and derailing his case against Al, Jr.

Beal headed to the Metropolitan Hotel in Fort Worth, where Colonel Boyce was sitting in the lobby. Beal fired five bullets into Colonel Boyce’s body, killing him. Beal then walked over to the sheriff’s office and turned himself into the authorities.

The one individual who witnessed the entire brutal crime, Ed Throckmorton, son of the governor, died “suspiciously” before the trial. Then, in January 1912, the trial ended in a mistrial. Folks think the jurors were bribed. Regardless, the murder of Colonel Boyce was only the beginning.

The Sneed and Boyce feud turned into more than an extramarital affair and a mental institution. Bullets were flying, tempers flared, and Beal was on his way above the law. 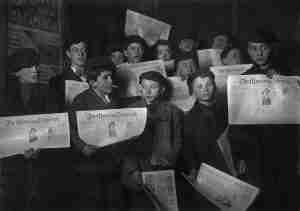 Beal’s trial for the murder of Colonel Boyce was a hit all over the country and parts of Canada. The papers reported daily on the coverage. And in Fort Worth, it incited violent tendencies in men and women alike.

Four men were killed outside the courthouse. In addition, there were reports of women fighting one another with hairpins in the courthouse halls. Some say a few of these ornery gals went at it during the trial.

The jury couldn’t agree. So they were dismissed, and the court declared a mistrial.

Meanwhile, Back in Georgetown, J. T. Sneed, Beal’s father, was doing his best to carry on while his daughter-in-law was institutionalized for cheating and his son’s murder of an old family friend was collateral damage.

On March 6, 1912, Mr. Sneed rode his horse to the Post Office in Georgetown, Texas. The Post Office was the bottom floor of the Masonic Temple on Main Street and shared the first floor with a Long’s Drug Store and Davis Furniture: Casket Sales and Undertaking Services.

Mr. Sneed hitched his horse in front of Williamson County Sun Newspaper’s offices and walked the few steps over to the Post Office. While grabbing his mail, little did he know that an unhinged fellow was lurking in the doorway.

R.O. Hilliard was a young tenant farmer who enjoyed whiskey, a lot, and was a previous tenant of Mr. Sneed’s. He had been evicted from Sneed’s property months prior.

As Mr. Sneed walked out the front door of the Post Office, Hilliard aimed his revolver at Mr. Sneed. Sneed shouted, “My God, don’t do that!” And Hilliard pulled the trigger.

Sneed dropped after one shot, but it wasn’t enough. Hilliard approached Sneed on the sidewalk where he was fighting for his life and, now holding the pistol in both hands, fired twice more.

Hilliard took a few steps back off the sidewalk, put the gun to his chest, fired, and took his own life. His body hit the ground, and his head rested in the gutter.  It was a murder-suicide.

Mr. Sneed’s body was taken inside Long’s Drugstore, where Dr. Martin officed. Sneed took his last breath almost immediately on Dr. Martin’s table. So, the next stop was Davis Furniture for embalming and casket napping.

While Mr. Sneed was being prepared for his final resting, Hilliard’s body was dragged onto the sidewalk for folks to poke and gawk. The Assistant County Attorney showed up and rummaged through Hilliard’s pockets. He found a note to Hilliard’s wife:

Hilliard apparently changed his mind about the asylum and skipped forward to the afterlife.

Once Mr. Sneed’s embalming was complete, they loaded him into a hearse and took him home to his wife… who didn’t know he had died until he showed up in a hearse.

Not long after the murder of his father, Beal began speculating the motive. Beal convinced himself that Hilliard was a hired gun. The Boyces had to be behind the murder.

Months passed, and Beal couldn’t shake his paranoid thoughts about the Boyce’s. He returned to Amarillo in August 1912 and rented a cottage on Polk Street. Beal waited patiently for the perfect time to take revenge.

In a fake mustache and full beard, Beal finally locked his crosshairs on Al Boyce, Jr. Al rarely walked around alone, but on September 14th, he was flying solo on Polk Street.

Beal stalked Al like prey. When he had closed the gap between them, he blasted Al with three shots from his shotgun, tearing Al’s body apart.

And just like he did in Fort Worth, Beal took himself over to the authorities and turned himself in. There was a witness in his surrender, a young Georgia O’Keefe was an art teacher in Amarillo at the time and watched Beal give himself over to the sheriff.

Beal returned to Fort Worth in November for the retrial of Colonel Boyce. The jury voted to acquit.

Two months later, in February 1913, Beal went to trial for the murder of Al Jr. Once again, the jury voted to acquit.

The jury’s response to those who questioned the verdict of an admitted murderer:

The best answer is because this is Texas. We believe in Texas that a man has the right and the obligation to safeguard the honor of his home even if he must kill the person responsible.

It was “justifiable homicide.”

Till Death Did Them Part

Beal behaved, for a while.

Ten years after the murders and acquittals and moral insanity, Beal finally had to pay some dues. In October 1922, he was given a short sentence in Leavenworth Federal Penitentiary in a civil case. He was charged with bribing a juror in a civil lawsuit. Old habits die hard?

While he was away, his son-in-law, Wood Barton, was shot and killed by a man for a $28.00 debt. Beal’s daughter was now a widow, and once again, Beal was mad.

In March 1923, Beal shot the man who shot his son-in-law on Main Street in Paducah. The man survived one shot in the arm and one in the leg.  Four months later, he retaliated and shot Beal. Beal lived.

Both men were found not guilty for their murder attempts.

Beal and Lena moved to Dallas and lived out the rest of their lives in comfort. Then, on April 22, 1960, Beal died of bone cancer. Six years later, Lena followed. On March 6, 1966 (the same date Beal’s father was murdered in 1912), she died of heart failure – which seems sadly befitting for her.

They are buried alongside one another in Hillcrest Cemetery in North Dallas.